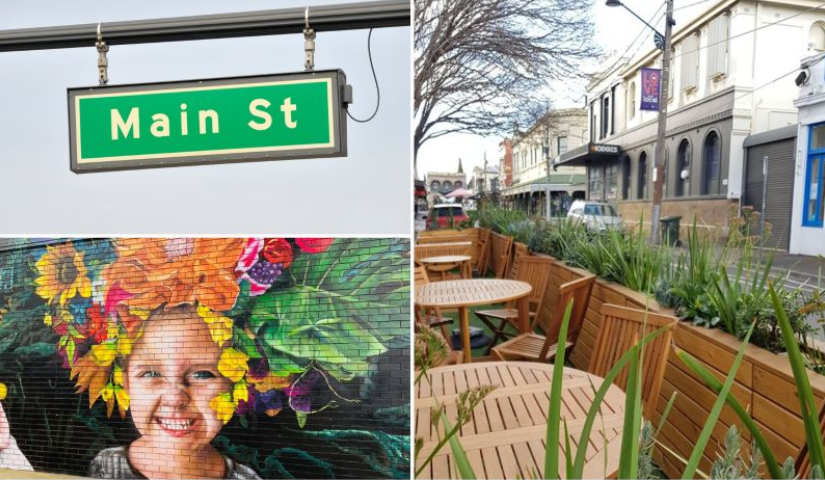 Mainstreet Australia is the successor organisation to Community Business Centres Victoria (CBCV). CBCV was formed as a not-for-profit, membership-based Association in Melbourne in 1996 by a group of Victorian participants following the first National Mainstreet Conference held in Maryborough Queensland the year before.

Its aim was to provide a wide-ranging forum for information exchange, networking and professional development for traditional high streets, strip shopping centres and town centres (collectively referred to as main streets) and the business groups within them. Since that time over 100 people have served on the organisation’s committee.

In the early years CBCV ran regular conferences and events for individuals associated with Victoria’s main streets on an annual basis. It sought to raise awareness of the critical importance of main streets and the people and organisations involved in the management, marketing and development of these centres. It ran regular networking sessions, professional development sessions and bus tours as well as promoting examples of best practice, locally and internationally.

It collaborated with interstate organisations to organise biannual Australian Mainstreet Conferences and worked with the Victorian Government to establish a comprehensive StreetLife Program that was expanded considerably in 1999. The program resulted in the introduction of 50 coordinated centre management and marketing programs funded by special levies.

CBCV changed its name to Mainstreet Australia in 2007 in order to promote a more national approach to the management and promotion of Australia’s main streets. Since that time, it has sought to partner with interstate interests to create state-based affiliations. Mainstreet SA is an example of such an organisation.

Mainstreet Australia has developed a strong tradition of building up information on and encouraging best practice in main streets across the world. This has included the Business Improvement District (BID) programs that have developed in number and importance throughout the USA, Canada, Great Britain, South Africa and New Zealand. It has facilitated the biannual National Mainstreet Conferences that have been held in Victoria, WA, SA, NSW and Queensland. Practitioners from the USA and UK were invited to share their experiences at Mainstreet Conferences and conduct workshops in different cities.

Mainstreet Australia has continuously lobbied the Victorian Government, advocating for additional support for coordinated management and marketing programs and encouraging the government’s pursuit of a BIDs-type program as part of its economic development agenda.

The emphasis on research was reinforced with the commissioning of an independent consultancy report on the Economic Value of Main Streets in Victoria in 2011. This was updated in 2020 with a further piece of independent research.

Recognition of excellence in main streets, business associations, centre managers, and local councils has always been a feature of the organisation. Since 2009, Mainstreet Australia Awards have been organised to acknowledge achievements in these areas. Over 35 awards have been given out to date.